Visit CVGAirport.com for your next Non-Stop Adventure

How to be the best traveler you can be!!! 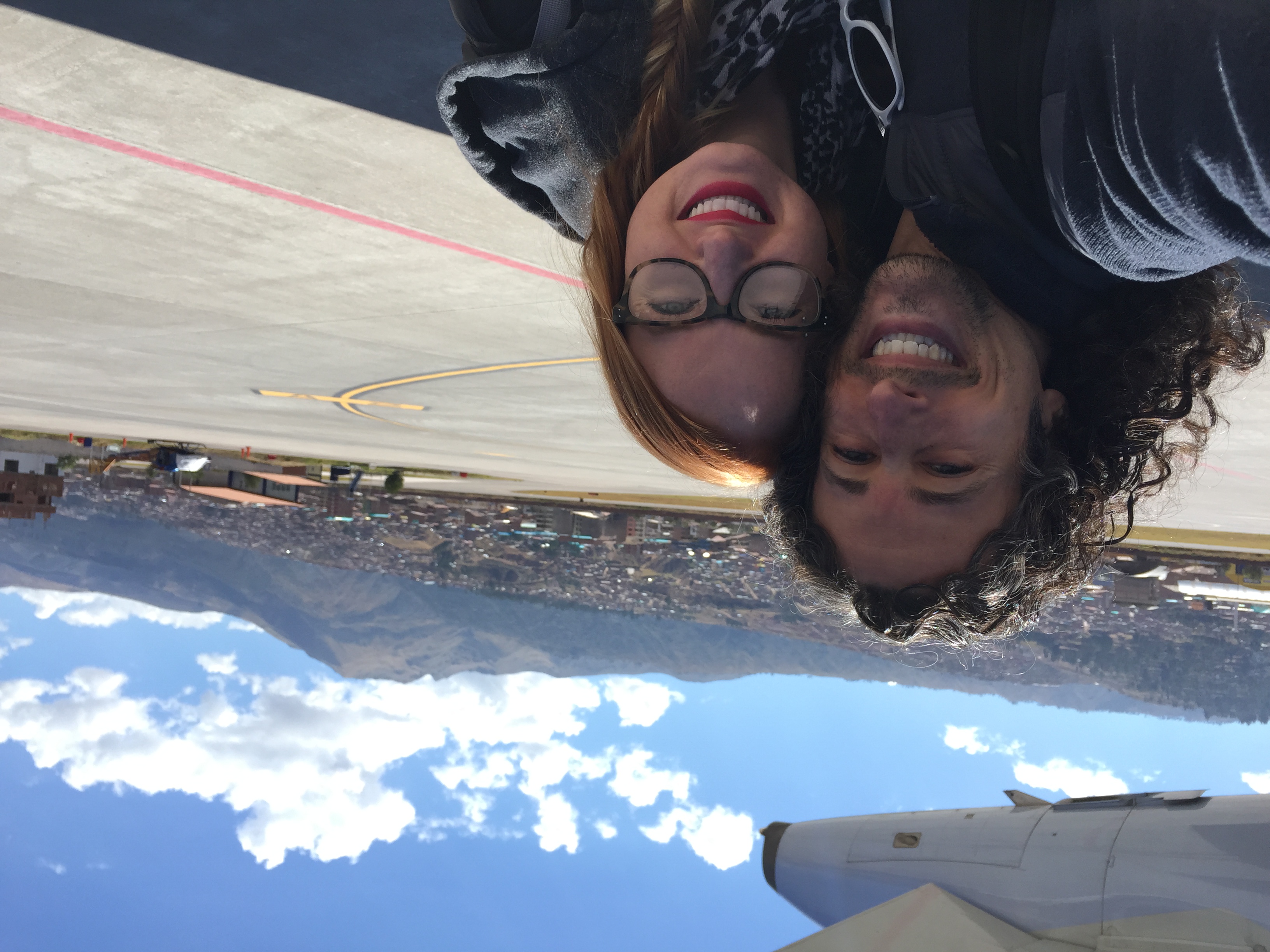 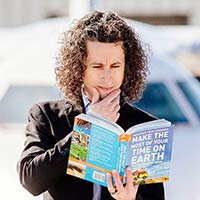 When I’m not DJing on Cincinnati’s Mix 94.9, you can find me traveling the world and sharing my journeys here.

How to be the best traveler you can be!

But what happens when you’re seated next to the other 0.01% on a plane?  The kind who is having a bad day and wants everyone else to join them or the person who causes a scene so ridiculous that they can end up as a viral video?

Here are five of the silliest incidents I’ve experienced in my travels (and a “totally chill solution” of what you can do about it if it happens to you.)

#1 The Feet on Seat Fiend

On a flight home from Amsterdam, I was in a middle seat in the center of the plane. Let’s be honest – it’s everyone’s least favorite spot, right? But I was really enjoying the seatback entertainment options from United so it wasn’t a big deal.  That was, until about 30 minutes into the flight, when I felt something nudge my right arm.  The woman seated behind me thought I’d enjoy having her adorable anklet sock keep me company.

Totally Chill Solution: I gave a quick glance behind. Nothing mean, but enough that she got the hint that I wasn’t cool sharing my seat with her tootsies for the next eight hours.  But in the event they don’t understand feet don’t go on the furniture, you can casually mention it to a flight attendant on your next trip to the restroom.

How to Be the Best Traveler: Wear shoes!

You know that moment when you’re sitting in a row of three seats, and it looks like you’re about to spend the next few hours with some extra space to spread out?  That happened to us coming back from Barcelona. Everyone had boarded and was seated, and we were graced with three seats for just the two of us.

And that’s when The Stinker came bolting down the aisle, set down a sweat covered towel in the seat next to me, and began placing his items in the overhead bin.  As he sat down next to us, it was clear he had not bathed that morning. For the next nine hours, it was Stink City: population us!  And the only thing we could do was try to bury our faces into our neck pillows.

Totally Chill Solution:  If there is an open row of seats nearby, you can ask the flight attendant for permission to move to the open seat without mentioning why. Just smile and relocate. Unfortunately, there’s not much you can do if it’s a full flight.

How to Be the Best Traveler: Hey, I get it.  Sometimes when you’re taking two or three flights to get to your destination and have spent 20 hours awake and without access to a shower.  If you don’t see one of those, hit the restroom, use some soap and paper towels to clean up and apply some deodorant.

There’s often someone who didn’t get the memo about carry-on baggage size (and no one noticed on the way onto the plane.)  This person often will hold up the line during boarding by trying to stuff a full-size piece of luggage into an overhead bin. Bonus points: they’ll argue with anyone who tries to tell them it won’t fit.  There’s also the situation when someone getting on the plane toward the end of boarding a full flight finds overhead bin space tough to find.

Totally Chill Solution: Be kind and offer to try to move some of your luggage around in the overhead bin to help make room for everyone’s bag. Flight attendants will often ask to remove bulky jackets to make space.

How to Be the Best Traveler: If you’re going to use a carry-on, make sure it’s an approved carry-on size. Check your airline’s website ahead of time to verify size limits. If you must carry a lot of stuff, you’ll want to check your bag, and be sure to follow the airline’s weight and size limit.  Also, make sure to allow extra time to check-in, and be patient, especially during busy travel times, for your bag to arrive at baggage claim.

My wife’s preferred seat is the aisle. She says she likes being able to get up whenever she likes to walk around or use the restroom without having to bother or wake people up. On a trans-Atlantic flight, my wife and I arrived at our row only to find a gentleman hanging out in her aisle seat.  I politely mentioned he was in my wife’s seat (he was supposed to be in the window). That’s when he asked if he could have an aisle seat and launched into a lengthy story about having a medical condition that required him to use the bathroom frequently.  A flight attendant overheard the conversation and reminded us that we didn’t have to give up our seats if we didn’t want to, but being compassionate people, we agreed to take the middle and window seat to accommodate his medical needs.

When he visited the restroom just once during an eight-hour flight and told us some very far-fetched stories along the way, we realized we had probably been duped, and he just wanted the aisle seat.

Totally Chill Solution: If you paid for a seat and someone else is sitting in it, you’re 100% within your right to request (politely, of course!) that they return to their original seat. If they refuse, you can call a flight attendant for assistance.  You selected this seat ahead of time and in many cases have paid extra for that privilege.

How to Be the Best Traveler: If you truly don’t care whether you’re in a window or an aisle seat… swapping is OK as long as the flight crew says it’s cool to do so.  Sometimes you can really make someone’s day by allowing them to sit with a family member who would otherwise be seated away from them.

I bought a shirt at Homage in OTR last month that reads “Stop Standing Up when the Plane Lands.” It’s true.  You really need to. I‘ve watched someone stand up and attempt to get their bag from the overhead bin while the plane is still heading toward the gate.  Whether the plane is moving or not, if you’re on an active taxiway (or anytime the seatbelt sign is fastened), you are legally required to stay seated with your seatbelt fastened.  It’s for your safety.

Totally Chill Solution: Read a book, listen to some music, scroll social media (once flight attendants give the OK to turn your phone out of airplane mode.)   Take this time to gather your personal items and gather any trash to take with you off the plane – it really helps the cabin crew and cleaning staff.

How to Be the Best Traveler: Wait until the plane has reached the gate, the fasten seatbelt sign is off, and the row in front of you has stood up and begun to exit before you make your way off the plane

Ready to practice being the Best Traveler on Earth in a place known for being a bit weird?  Cool!  I’ve got just the flights for you!  As of September 8, 2021, American Airlines now offers non-stop service to awesome Austin, Texas!  And, on November 2, American begins direct service from CVG to Boston – huge news!  Those new convenient flights are American’s 11th and 12th non-stop routes from CVG!  Keep an eye on my Deals page to score a sweet round-trip flight.

Save On Your next Trip

By submitting this form, I agree to receiving electronic or phone, including mobile, communications from CVG.  CVG will not divulge, share, or sell confidential or personal information about its passengers to any third party, except as required by law. See our Privacy Policy for additional details.